Shock in Uruguay over the gang rape of a woman: Luis Lacalle Pou called for an “exemplary punishment” 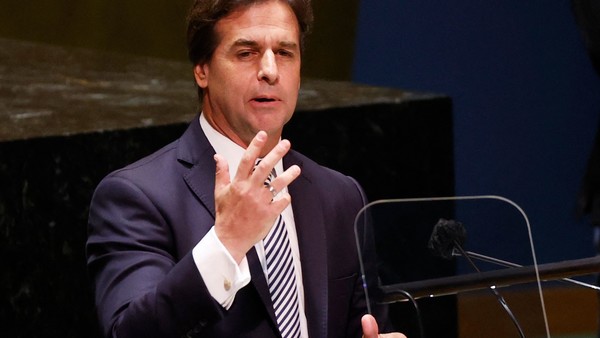 The case shocks Uruguay. In Montevideo, the capital of that country, a woman reported that she was raped by three men after going to a house with one of them, whom she had met in a bowling alley.

The victim reported that upon arrival at the scene two other men entered the house and raped her between the three of them in a room, according to police sources told the newspaper The country.

It was Luis Lacalle Pou himself, the Uruguayan president, who referred to the case on Tuesday and asked for “a strong penalty” for the accused.

“I stop for a moment in that disgusting and aberrant situation. Obviously without getting into the task of either the prosecutor or the judges, but should be blunt worth, the exemplary sanction for these acts that are not proper to the human being, nor are they proper in this case to the masculine gender,” said the head of state.

“We should be ashamed and forcefully reject this type of situation,” he added along those lines.

The owner of the house told the police that the men were tenants and that they were renting a room from the third party. The defendants are two adults and one minor.

As reported The country, the accused They are free while the investigation continues..

Originally, the internment of the minor in the Institute for Children and Adolescents (INAU) had been arranged, since he had no place to stay. But an older person appeared who took care of him.

“To be summoned is to be set address and remain at the disposal of the Prosecutor’s Office to be investigated,” explained the prosecutor in the case Sylvia Lovesio. She added: “This just begin”.

The prosecutor indicated that the entire action protocol was activated to receive the evidence and thus be able to charge “the three people denounced, if it was three, one or two,” she said.

“This requires that the victim be seen by a gynecologist, a psychologist, a psychiatrist and a forensic doctor. In addition, all the reports that were urgently requested, but that take time, because obviously it is all a scientific procedure, which is about the DNA sample matching“, He said.

Lovesio indicated that this evidence is key in this type of crime and that it is necessary to be able to request the formalization of the investigation and the imputation of whoever corresponds.

“In order to have a DNA test, I have to ask the judge. To order them or lead them, failing that, to the Scientific Police to extract the DNA sample, but at this time I cannot do that because I have to preserve the rights of the victim and the evidence I have,” he said.

In this sense, the prosecutor explained that first she has to take the statement from the woman to know what participation each of the people denounced had.

“The victim is currently being assisted by a psychologist from the Victims and Witnesses Unit and what she told me is that, less than 48 hours after being brutally abused, she was not in a position to testify,” he said. “I have to give him his time and his space so that he can tell what he experienced”, he added.

The woman told the Police that on Saturday night she went out with a friend to a dance venue in the Cordón area. There she met a man who invited her to the house.

When they were together, two more men entered the room and abused her.

River: Julián Álvarez has arranged his move to Manchester City

How to distinguish a jealous person

How to distinguish a jealous person