The Argentine academic community facing the invasion of Ukraine: ‘The world stage has been altered by the whim of a tyrant’ 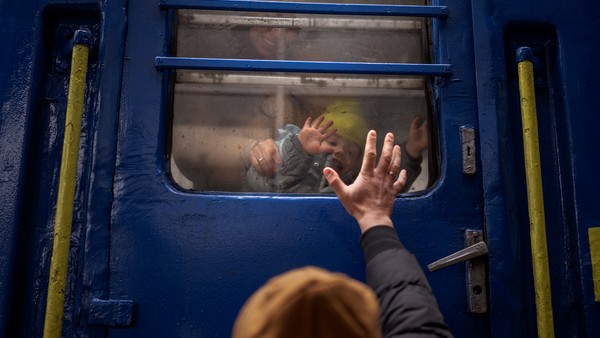 Near 300 Argentine academics they signed a letter in which they express their position against the “invasion of Ukraine”. There they denounce the “indiscriminate killing” of civilians, soldiers and volunteers who armed themselves to defend their country. And they reject the censorship applied by Moscow against those who express themselves against the war.

Among the signatories are academics from the UBA, the Conicet and the UTN, among other houses of study.

Here is the full text of the letter:

“An event that had been announced since before the beginning of the current year took place on February 24 when Russian troops brutally attacked to entire populations of the territory of Ukraine, indiscriminately killing civilians of all ages and soldiers and citizens who armed themselves in defense of their Homeland.

“Technology allows us to see in real time and with regret and indignation what in other times could only be conjectured or inferred: the horror. The world stage has been altered at the whim of a tyrant who revives old ghosts of war as the conflict becomes increasingly unpredictable.

“The shadow of the invasion of Ukraine is also projected within the Russian Federation itself. To the open persecution of political and sexual diversities, it is now added the censorship of any impartial approach to the war raid, leaving official propaganda as the only information available to the majority of Russian society. Likewise, any protest is harshly repressed.

“As academics, we reject censorshipimprisonment or expulsion of university students and professors speak out against the invasion. This tightening of the regime is configured as the possible prelude to measures already suffered by the Russian population throughout its history.

“Scientific activity, like literary and artistic activity in general, are undertakings that involve all nations and, as members of that global community, we feel the need to express our strongest rejection of Russia’s aggression against the Ukrainian people. , and our solidarity with all Ukrainians who are giving their lives in defense of freedom.

“In this context, we urge members of the academic community to speak out on the matter.

“We also point out our concern that the Boards of Directors and Superiors of public and private Faculties and Universities, directorates of research organizations and human rights observatories that in the last decade have not stopped making public opinions and declarations on matters that are sometimes totally superfluous and remote of intellectual and scientific life, faced with this fact offer an embarrassing silence.”

Cristiano Ronaldo, hours away from deciding whether or not he will play his last World Cup with Portugal

End of compulsory military service, one of the requests of the truth commission in Colombia

LIVE | Deputies resume the debate in commission for UVA credits