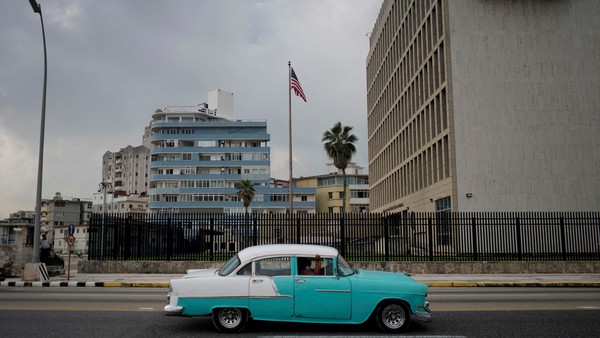 The government of President Joe Biden announced this Monday that will increase flights to Cuba y will lift restrictions on remittances that immigrants can send to the island that former president Donald Trump had imposed.

The State Department said in a statement that will withdraw the current limit of $1,000 per quarter to family remittances and will allow non-family remittances, which will provide support to independent Cuban entrepreneurs. Washington will also allow scheduled and charter flights to places other than Havana, the agency said.

“With these measures, we intend to support the aspirations of freedom and greater economic opportunities of Cubans so that they can lead successful lives in their country,” the State Department added.

“We continue to call on the Cuban government to immediately release political prisoners, respect the fundamental freedoms of the Cuban people and allow them to determine their own future,” they added.

At the same time, the spokesman for the US Foreign Ministry, Ned Price, reiterated his appeal to the Cuban Executive so that release “immediately” the “political prisoners” and respect the fundamental rights of its people.

The policy change follows a review that began shortly after a series of widespread protests on the island last July.

Specifically, the US announced this Monday that it will restore both commercial flights and charter flights and that it will allow some types that Trump had restricted, such as those with educational or professional-related purposes.

It will also stop the trips of groups of Americans destined to make contacts with the Cuban people, known in English as “people to people travel”, but individual visits of this kind will continue to be prohibited.

Until now, US airlines could only fly to Havana, leaving Cuban-Americans with few options to visit relatives in other parts of the island.

In 2019, the Trump administration banned commercial flights from its territory to all Cuban cities except Havana and, in August 2020, went further by suspending private charter flights to all airports on the island, including that of the capital.

Those charter flights were used by many Cuban-Americans to travel to the island from Miami (Florida, USA).

Likewise, the State Department announced this Monday that it will increase its support for Cuban entrepreneurs with authorizations to access electronic commerce platforms, among other actions.

The policy change comes after an internal review within the Biden administration that took months.

During his campaign for the 2020 elections, Biden promised to return to the thaw with Cuba started by Barack Obama (2009-2017) and reverse many of the sanctions imposed by Trump.

However, the debate within the Biden government seemed to have come to a standstill after the unprecedented anti-government demonstrations on July 11 in Cuba, which led to the imposition of sanctions by the US in punishment for the imprisonment of some of its leaders and participants. .

After these frictions, representatives of the US and Cuba met in Washington in April to discuss migration issues, in the first high-level dialogue between the two countries since Biden’s arrival at the White House.

With information from AP and EFE

Soda Stereo will give its last show in Buenos Aires: the details of the tour “Gracias Totales”

Shakira and Gerard Piqué, faced by the division of property: a plane appeared that she considered lost