Russia-Ukraine War, LIVE: The US revealed at the UN what is the real plan of Vladimir Putin and his military invasion 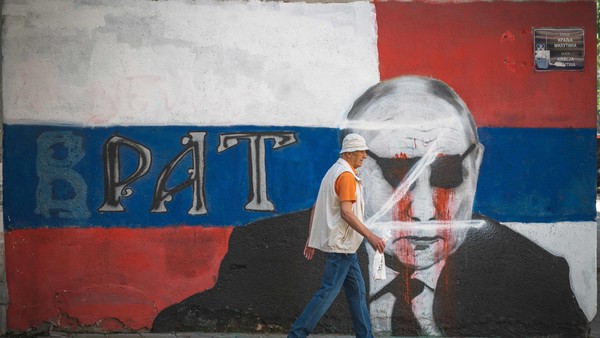 The United States is convinced that Russia’s invasion of Ukraine will not end with the annexation of the Donbas territories, but that Vladimir Putin’s real objective is to erase that country from the world map. This was stated by the US ambassador to the United Nations Linda Thomas-Greenfield told the UN Security Council.

He maintained that there should no longer be any doubt that Russia intends to dismantle Ukraine “and dissolve it from the world map completely. and the regions of Jershon and Zaporiyia, in the south.

How? Through puppet politicians. According to him, the Russian plan includes the appointment of “illegitimate proxy officials in the areas controlled by Russia, with the aim of holding false referendums or decrees to join Russia”.

Ulises Eyherabide, the leader of the “Rescate” group, died

8 years after the death of Julio Grondona: the young man from Sarandí who eternalized himself in the AFA

Copa Argentina: how were the crosses of the semifinals

8 years after the death of Julio Grondona: the young man from Sarandí who eternalized himself in the AFA